Naome’s Story: How to Build Your Confidence and Go for Next Level Jobs

Naome is a client of mine who started working with me before the coronavirus was a twinkle in anyone’s eye.

She came to me with bruised confidence after being let go from a job she enjoyed. She was able to find a new job but it wasn’t something she loved. It didn’t feel like quite the right fit. Then the pandemic hit and she was let go from that job. But that is not the end…. I’ll let her explain the rest of the story..

On Working With A Career Coach

When I first heard about Mia and Build Yourself, I wasn’t sure if I needed a career coach. I was a little bit concerned about money, and I thought, if “I’m using a career coach, what do I want to get out of it?”  I didn’t want someone that would just sit down and help me search for jobs. I know how to get a job. I’ve done it in the past.

The first thing that we did was dive into mindset assignments—and that was the biggest layer that I needed to peel back. I needed to do that to actually dive into the process of setting a career path, and actually go after the jobs that I really wanted to do. It helped that Mia’s emphasis is on working with mission-driven women. That’s what I wanted.

That mindset work helped me see and improve my negative self-talk. I’m doing things I’d never have done before even outside of work.

I negotiated my salary and I’m negotiating prices now for my upcoming move. Now I know that the worst thing that can happen, is that someone can say no. Before this, I wouldn’t have even broached that topic at all.

Now I see how those negative experiences impacted me, and I don’t put the blame on myself. It’s not a blame game anymore. It’s just an experience that I can learn from.

→ Improved negotiation skills inside and outside of work.

→ Moved from self-blame to “What can I learn from this experience?”

The Confidence to Apply for Level Up Roles

In an early coaching assignment, Mia tasked me with coming up with two to three sentences in which I could address any skills gap that I had. That helped me see that there were a lot of things that I was saying to myself that actually weren’t true about my skills. They actually didn’t have anything to do with the job.

They were drawn from those negative experiences that I’d had in the past. Around being a woman—being a young woman, being a black woman—in the workplace. Even things like, “Here’s how people will see you when your body looks this way, etc, etc.”

The assignment also made me sit down and say, “Okay, realistically speaking, when I’m applying for that job, what are the skills gaps that I have? How can I address that gap? How can I see that gap as a place to grow?”

One of the parts of the Next Level process is to think more broadly about what you could do with your skills and interests. Mia exposed me to a Chief of Staff Job that I never ever would have thought about, because it’s outside of the typical roles researchers take. Even though I didn’t take it, it let me see aspects of myself—my strategic thinking and decisive nature—in a completely different context.

But it led to me seeing those parts of me and moving them forward into a North Star for my career that’s not just a researcher, and not just as director of research, but is an Executive Director or VP of Research and Evaluation. That means I’d be someone who is not just doing the research, but moving initiatives forward.

To be honest, even though I’m super career driven, I’d never really seen myself moving past a director position. It was a little bit jarring for me to recognize that, “Oh, wow, I could do this. Just because you’re a researcher, it doesn’t mean you can’t also be in that position.”

I want to do research and I want my research to actually impact behavioral change and policy change. It’s that top-down and bottom up-effect I want to be part of. This North Star goal will allow me to be connected to the work and connected to the communities, and also connected at the top.

One big change for me that helped me on this job search but I can see having an even bigger impact is that I changed my thoughts on what networking can look like. As someone who’s more introverted, I’ve gone to networking events—that’s sort of the prescription that I’ve gotten—and they haven’t really worked for me.

Now I recognize that’s okay. I can use a more one-on-one approach. Mia gave me a sort of “formula” and a format that I could use to reach out to people. Things like, “Ok, these are questions you can ask. This is the introduction, this is how you want to follow up, and here’s how you follow up four to six weeks later,” and that’s exactly what I’ve used.

I’m actually using all the skills in ways that I wasn’t even bargaining for—it’s helping me make friends, honestly, in a new city. So it’s not just about work, it’s about creating a community.

→ Ability to ask for introductions and favors without guilt

What came out of this is that I obviously have a new job now, so I’m really excited. It’s actually a level up for me, and I’ll have the chance to manage a team. I want to be a manager that manages with empathy and compassion. That’s something that I’ve always really cared about, and I think that that’s something that’s called for  in our culture—especially now.

In this job I’ll be doing what I care about. And it’s absolutely because my confidence has improved. I was able to trust my gut and say, “This is what I want to be doing.”  Beforehand, I might not even have looked at a director’s job and said, “I can do this. I’m ready for this.”

And I was able to get a job honestly, in record time. It’s a step up in salary, organization and management level (I will be managing a team)… It’s really exciting to be able to say that, especially at a time right now where a lot of people are out of work.

→ Confidence to apply for stretch jobs

→ 5x return on cost of program

Naome showed up and put in the hard work necessary to uplevel her career.

Are you ready to do the same?

If you’re ready to gain confidence, define your career path, and create a roadmap to obtain your dream job (your North Star), you need to join me inside the Creative Career Blueprint by clicking here. 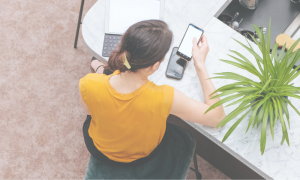 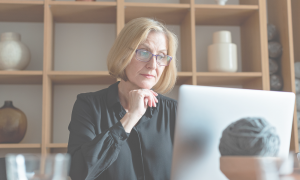 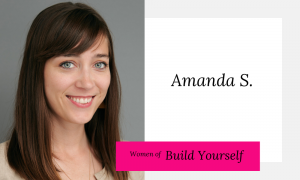 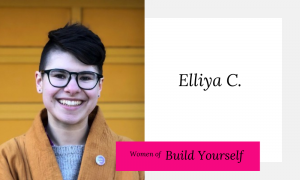 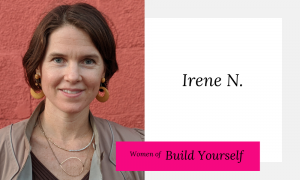