Go Your Own Way: How To Use Touchpoints To Silence Your Inner Critic and Find Your Own Path To Success.

“You just make everything really complicated,” Frank told me.

Frank was my ‘buttmate.’ And no, that’s not as racy as it seems—your ‘buttmate’ in design school is the person you sit ‘butt to butt’ with in your studio pod.

It was my last year of grad school and I was in a landscape architecture studio focused on Walden Pond and reinterpreting its meaning for today’s world.

Frank watched as I made drawing after drawing—investigating the ecological conditions in Thoreau’s time, then another totally different one based on a psychogeographic woods walk I had taken, then a third on cultural meanings of nature…. And on and on.

“You’re kind of a collector,” said Frank, “You just collect all these ideas. I just pick an idea and that’s what I do.”

Frank’s words echoed the words in my own head. My own fears.

When professors would come to my desk for critiques, I wasn’t showing them the same drawing. I was showing a new associative offshoot. A new branch on my exploratory process.

I was embarrassed by it all. And deeply fearful.

What if I could never be like Frank, and pick just one idea? I was destined to fail.

“I’ll never be a great designer because I’m not focused and disciplined enough to only take one or two ideas forward in a linear way.”

At the time I didn’t know that it was a classic limiting belief—it was just the narrative in my head I’d been living with for almost three years.

So let’s fast forward a bit because that’s where it gets interesting.

At the end of the semester, Frank and I had very different projects.

Frank picked one thing. His project was about frogs.

He designed his entire landscape from the perspective of frogs.

And don’t get me wrong—it had some really cool forms in it—I would have loved to walk through that space in real life.

But it was a project based on one idea.

My project was entirely different.

I designed a new form of eco-campsite. Its infrastructure was designed, unlike a typical drive-in campsite, to preserve the land underneath the campsites. It’s forms were inspired by Thoreau’s little-known interest in land surveying methods, and I designed an ecological management structure to rehabilitate campsites after use, open up dynamic views, and reflect new developments in ecology that see ecosystems as in flux, rather than static.

It was the kind of design project I always loved—those that manage to be both layered with multiple meanings, and at the same time, integrated wholes.

There is something about the way women uniquely approach the world that matters.

A student of mine, Bianca K. who is a landscape architect by trade, had worked for six different directors over the course of fifteen years at the same company. She had a vision for the kind of team she’d like to work with, and she had the experience to step into a lead role.

So Bianca put herself forward for the director role of the landscape architecture department when it opened up.

She didn’t feel 100% ready, but she knew it was time to stop waiting for someone else to steer the ship, hoping they’d direct it in a way she aligned with.

And while it feels like a risk to do something differently, the moment we give ourselves permission to go after something we want, that’s when incredible things happen.

Within six months of stepping into the Director role, Bianca secured a nearly half million dollar contract for the department. And she landed the contract by choosing to take a risk and approaching the project proposal and client interview in her own way:

While her competitors had bigger titles, deeper portfolios and previous experience with the interview panel, Bianca decided to take the risk of thinking bigger by taking the extra step of presenting not just a design that functions, but a design that also sold:.

Rather than focus on simply the design and detail of the project, she presented the design experience and the kind of community that future buyers would want to live in.

In doing so, she positioned herself as not just a consultant, but a creative thought partner as well. “The other team had decades more experience than us, but it was our passion, whimsy, and vision that won us the job,” she says.

And while Bianca still has a lot of work to do to transition her department from just existing to thriving, this successful presentation became a reminder, a touchpoint of sorts, that she could find her own way to bring work into the firm.

When I coach women, we craft a big vision for your career, and I help you identify your limiting beliefs and practice new powerful habits.

These two parallel tracks reinforce each other. They give you everyday experiences of what it feels like to take risks, to try something differently, and to experiment with what going your own way feels like.

Practicing your power opens up the space for a vision of what you really want to coalesce out of the fear and the doubt.

And that vision takes up the space that would otherwise be filled with uncertainty and fear. It gives you something to walk towards. A reason to say yes to things that scare you, and to say no to the things that don’t serve you. A north star.

As women, we get a lot of messages that our way is wrong.

And sometimes there’s truth to that message. In architecture, the first part of our careers are all about apprenticeship. For me, design school was about having what I knew about form, space and experience broken down and built back up again.

It was like learning a new language. I see differently than I did when I was in the early stages of my design career. Sometimes I walk down the street and it’s as if a drafting program is overlaid on my brain, estimating widths and proportions, annotating as I go.

I also learned about the design process—and how I need cycles of collecting all the pieces, picking a few and then weaving them together into something that works.

After years of designing, I now I have the self management tools to know when I need to stop collecting and start weaving. And the confidence to know that I’ve been here before and it does work.

And today—while my self doubt is eerily similar (I’m not a systematic enough business owner, my business systems aren’t organized enough, did I onboard her well or is it too confusing?) I have a touchpoint to remind me that I’ve been here before and it does work.

That Walden Pond project became a touchpoint to remind myself that while my process isn’t linear, it works.

And it produces a much richer outcome than if I had just picked the one thing.

How we should raise our kids if we choose to have them, and how we should lean in, lean out, lean upside down, and do backwards somersaults while leaning diagonally.

And those messages crowd out that inner voice that speaks our unique message.

It’s ok to go your own way.

The world needs your unique approach.

So take that first step, take that risk and make yourself that touchpoint—that you’ll come back to again and again… and again.

Want help pushing past your self doubt and tapping into your power? Get my free guide to identifying your inner critic’s patterns so you can set it aside.

WATCH NOW
PrevPreviousNaome’s Story: How to Build Your Confidence and Go for Next Level Jobs
NextThese Build Yourself Women Are Making Impacts in Their CommunitiesNext 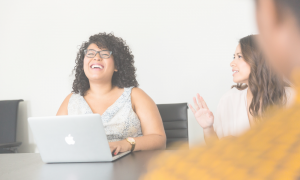 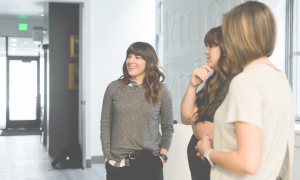 Why It’s Great Being an Owner in Your Design Career 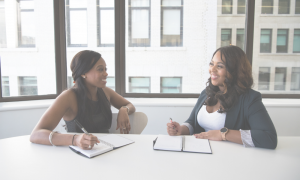 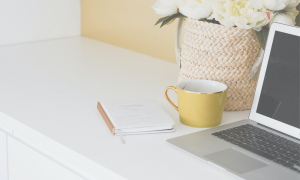 Build Yourself Monthly Round Up: February 2022