How to Host a Virtual Dance Party

And creating the creativity you want to experience. This year, during the height of COVID I was living in the epicenter – in New Yok City. All around the city at 7pm people would open their windows and break into applause to the essential workers who were coming off of there shifts. I’d been thinking […]

Is Your Analysis Paralysis Holding You Back? Growth Hack #3

I’m writing this week about some of the ways I see women get lost in the crowd and slow down their career growth. How many times have you seen a woman raise her hand timidly in a meeting… and then make a suggestion in that baby girl voice.. trailing off at the end into a […]

Yeah, yeah, you’ve heard the advice—lean in, lean in! But do you ever think, that’s just so much flipping work….? hughhhhh (exhausted sigh.) Maybe you’re a working mom, working the ‘double shift…’ no, wait, it’s probably more like the triple shift—working a long day, coming home to take care of your family, and then logging […]

Are You Getting Lost in the Crowd at Work?

Feeling like your career growth has stalled out?  Are you getting lost in the crowd? Stuck in the mid-career malaise, the sea of shiny faces at the bottom of the pyramid? We all know the feeling of waiting to be picked….  And sometimes our careers feel that way—whether it’s hoping we’ll get put on the […]

When I first started my business, I found myself staring down an empty work calendar. I was totally unbooked–except for one tiny little workshop gig. I didn’t know how to get work, I didn’t know what I what I was selling. I had no clue what to say at cocktail parties. I felt like an […]

What’s Clothes Got to Do with it? Confidence Hack #2

If you looked in Jae’s closet, you would have seen a scene straight out of those movies where the main character needs to loosen up–rows of the same shirts, pants and jackets–all in black and white.

My Business Name is My Wingwoman

I’ve written to you before about how I see issues of confidence as the #1 thing that holds women back from their full potential — no matter where they are in their career — it just shows up in different ways. For that reason, I’ll soon be releasing Defeat Self Doubt, a mini course that […]

Between Submissiveness and Defensiveness: How To Walk The Middle Path Of Confidence 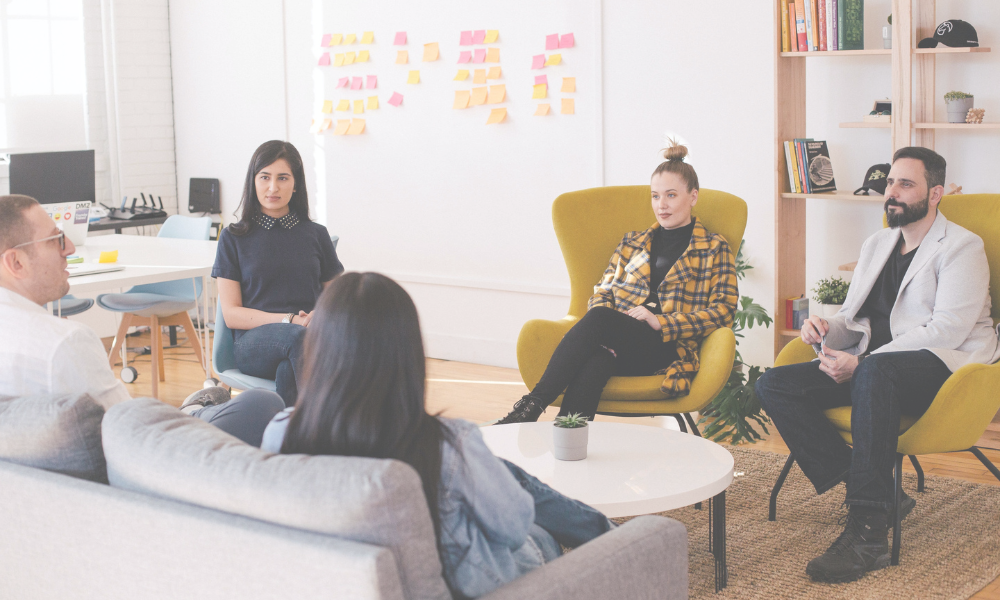 Have you ever worked with someone whose personality turned you into a yesman? Whether they meant to or not, they came on so strong that you felt bowled over, your boundaries evaporating?

Sitting at the Table. Sometimes Literally.

“Sit at the table.” I heard Sheryl Sandberg’s words echo in my head as I glided into the chilly conference room. I had been invited as an afterthought. I was the first (and only) research fellow of a university architecture department, in a position the dean had created for me to pursue my research. Few people knew who […]